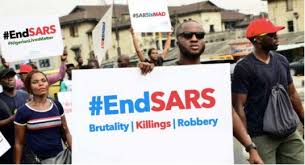 If there’s anything 2020 has demonstrated to us… social media is an indispensable tool for everyone and in matters of social injustice and awareness, social media is powerful ammunition and influencers are the triggers.

This year we’ve seen social media come alive in numerous events that will certainly go down as a major timeline in the history of social media events.

Not long ago, we witnessed young people all over the world stand in solidarity against racial profiling and discrimination in the USA and other countries through the #BlackLivesMatter hashtag.

Currently, the world is once again, joining forces to help Nigeria with their #EndSars protest looking to abolish SARS, a federal special police unit that has been assaulting and killing innocent Nigerian youth.

Influencers, not only in Nigeria but in diverse parts of the world have lent their voice to the protest…via social media proving once again that they are important facets of social media. Major, minor and nano influencers alike have come together to wield their influence to push awareness on the End SARS movement.

How did they successfully do this?

By intensifying the problem and increasing awareness

In the beginning, when the SARS protests began, many Nigerians revealed on social media that the Nigerian media was barely covering the protest.

This led to a viral tweet blast from major Nigerian accounts including Nigerian artiste, Wizkid, condemning the media houses and calling on global media powerhouses like CNN, BBC and more to amplify what was going on the country to the world. The result? Al Jazeera, CNN and others are reporting on Nigeria’s #EndSARS protests worldwide. The hashtag had millions of people tweeting it leading to a worldwide trend. Other trending hastags such as #EndPoliceBrutalityInNigeria also had almost 2 million people tweeting it by Day 3 of the protests, putting it on the global Twitter trend list.

Spreading awareness led to more and more people becoming aware of the situation and adding to their voice through posts and tweets. Major influencers like celebrities in all fields have utilized their platform and their massive following to create some sort of ripple effect for the spreading of what is going on in Nigeria. Footballer, Ozil, American artistes like Drake and Trey Songz and even many more have all spoken up about the SARS situation and the #EndSars protest. This was definitely a result of several people actively tweeting at huge brands and celebrities as well as other influencers in all parts of the world, to make them aware of what is going on in Nigeria.

Mr Marcaonii, a comedian known for his viral skits posted one highlighting the reason why Nigerians are protesting, and had over 100k retweets, likes and comments in less than 24 hours with people admitting that his skit helped them explain the SARS situation better to people off Twitter.

Some influencers have taken it upon themselves to go on the ground of the protests and issue updates on which places are safe, what’s going on and how the police are reacting.

Nigerian singer, Oxlade led a protest in Surule and when things went south with the police shooting and arresting protestors, he as well as many others on the ground used their accounts to update the world on what was going on and how it started including details of his manager and many others being arrested and allegedly tortured.

Danger warnings of police shared and retweeted heavily by everyone definitely saved lives and made people prepared.

Offering all forms of expertise and help

Niche influencers have offered their expertise in supporting the #EndSARS movement. Health professionals with a large following have offered medical advice and first aid tips to protestors being abused by the police. Human rights advocates are on the ground leading protests and posting updates and demands on their social media feed while informing others. Law professionals have offered tips, advice and exerted their influence to help free protestors arrested and posted about by Nigerians.

Even more, others have pooled resources to offer supplies and food to the protestors in all parts. Protestors who lost contact with friends after groups dispersed in the midst of chaos caused primarily by the police officials have been able to check up on each other and find missing persons as well by simply posting a tweet followed by countless retweets and help.

The retweets catch the attention of people who can actually help and these guys swoop in and pull stops to help out till victims are found or freed.

Not surprisingly, many protestors have admitted that the presence of Davido, a global Naija artiste with an influential family, at the Abuja protest led to the release of some arrested protestors, and possibly put a stop to the abuse.

When Nigeria’s Police Force half-heartedly announced that the SARS operative had been dissolved and will be redeployed, this tiny half empty victory could not have been possible without the mounting pressure on Social media. The above are reasons why influencers need to step up and take part in movements like these on social media because their influence goes a long way in getting the results that are expected. Accounts with little to no following go out of their way as well to mention influencers just to get the information they are trying to get across over to a wider audience.

It’s not hard to imagine how frustrating and blindingly flailing the protests would have been without influencers. There would have been just a little buzz about the SARS situation and it would have unfortunately been drowned out while more Nigerians kept experiencing abuse from SARS operatives and stepping out wondering if this would be the day a police official harassed them.