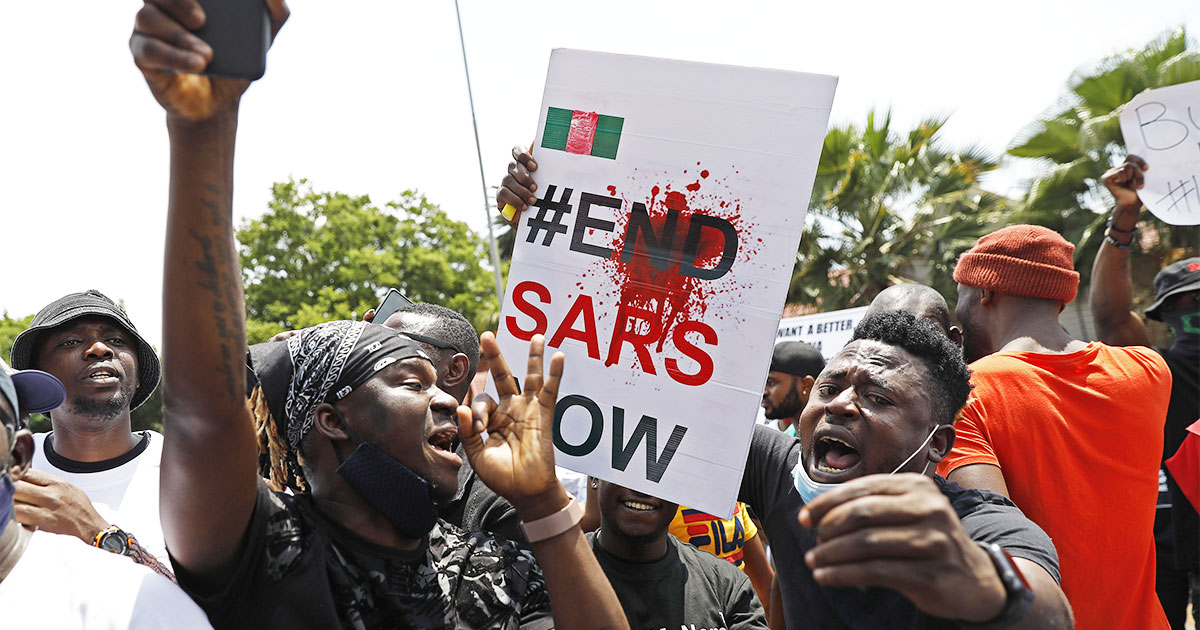 Young Nigerians are definitely making a mark in history with their End SARS protests and social media has been an incredibly vital part of all the protests. With social media practically being the meeting grounds for these determined young people, if there’s one thing we’ve learned, Twitter influencers have shown us how pivotal their role in societal issues are.

These are just a few of the many influencers who have stood out during these protests by offering support, resources, disseminating information and helping out in every way they can.

For the purpose of this article, these 5 were chosen merely as representatives of the niches they expertly covered in the course of the protests.

The comedian and skit maker was probably thought of as just “funny” but with his large following, which has considerably grown in leaps and bounds after the first few days of protest; Mr Marcaronii has done more than anyone would have thought of doing with their account. He’s mobilized people for peaceful marches by putting out information, has issued warnings to protestors of incoming danger as well and has never for a second slowed down a constant flow of informative and entertaining skits about the SARS situation and its implications on the Nigerian youth.

Anyone looking for updates on protests, help for arrested protestors and details on missing persons immediately heads over to Fkabudu’s account. Her account is like a central point of every resource you need concerning the protests.

She has been extremely instrumental in ensuring that hurt protestors get healthcare from the several funds set up by different individuals, hungry protestors receive food and lawyers are available to help free arrested protestors. She also used her account, which currently has over a 180 thousand followers to update people on what’s happening with funds she is in charge of, which arrested persons have been released and addresses anyone who needs help with anything at all. Her incredible work earned her and others, a Twitter verification badge after Jack, CEO of Twitter tweeted the SARS MUST END hashtag.

She, together with some others have been providing hot meals for protestors on the ground. Every day, she asks for information on locations of protests for the day, liaises to ensure that either she or donations from others provide meals, and snacks to protestors. With over 14K followers, she has also gone all out to ensure that she keeps retweeting vital information for people following the progress of the protests in Nigeria

This lawyer joined forces with others to provide legal help to anyone and everyone who needs it. She and others are responsible for using their legal aid to free detained protestors who have been wrongfully arrested at any protest in Nigeria.

There have been many more doing amazingly well in using their voice and influence on social media to get messages across.


Deprecated: Theme without comments.php is deprecated since version 3.0.0 with no alternative available. Please include a comments.php template in your theme. in /home/influencerafrica/public_html/wp-includes/functions.php on line 4977